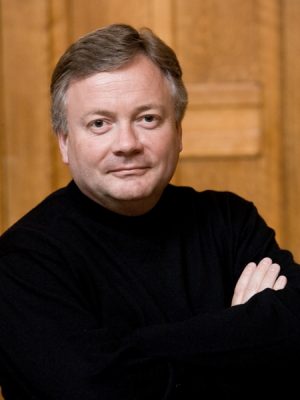 Renowned for his fine musicianship, David Hill is widely respected as both a choral and orchestral conductor. He was appointed Member of the Order of the British Empire (MBE) in the 2019 New Year’s Honours for services to music. Hill has held appointments as chief conductor of the BBC Singers, chief conductor of the Southern Sinfonia, and music director of the Leeds Philharmonic Society; he is currently Associate Guest Conductor of The Bournemouth Symphony Orchestra. He was awarded an honorary Doctorate by the University of Southampton in 2002 in recognition of his Services to Music. Hill currently serves as Professor Adjunct of Choral Conducting and Principal Conductor of Schola Cantorum at Yale University and Musical Director of London’s Bach Choir. He is an Honorary member of The Royal Academy of Music, London, and an Honorary Fellow of The Royal School of Church Music.

Born in Carlisle in 1957 and educated at Chetham’s School of Music, where he is now a Governor, David Hill was made a Fellow of the Royal College of Organists at the tender age of 17. He took an organ scholarship to St John’s College, Cambridge, under the direction of Dr. George Guest and later returned to the college as Director of Music from 2003-2007. His previous posts have been Master of the Music at Winchester Cathedral (1987-2002); Music Director of The Waynflete Singers (1987-2002); Master of the Music at Westminster Cathedral; Musical Director of the Alexandra Choir (1980-87); and Associate Conductor and then Artistic Director of the Philharmonia Chorus (1986-1997). In March 2018 the Royal College of Organists conferred on Hill its highest honor, the RCO Medal, ”in recognition of distinguished achievement in choral conducting and organ playing.”

David Hill is in great demand for choral training workshops worldwide and his handbook on the subject, Giving Voice, was published in 1995. He is a choral advisor to music publishers Novello, for whom he has edited a number of publications. As an organist, Hill has given recitals in most of the major venues in the UK and has toured extensively abroad.

David Hill’s broad-ranging discography of over 70 recordings, including many award-winners, can be found on the Decca/Argo, Hyperion, Naxos, and Virgin Classics labels. The discs span repertoire from the Renaissance to the present day. 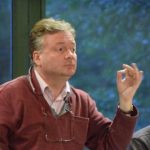 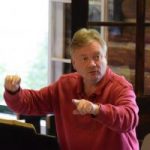 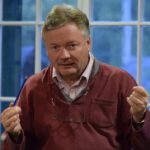